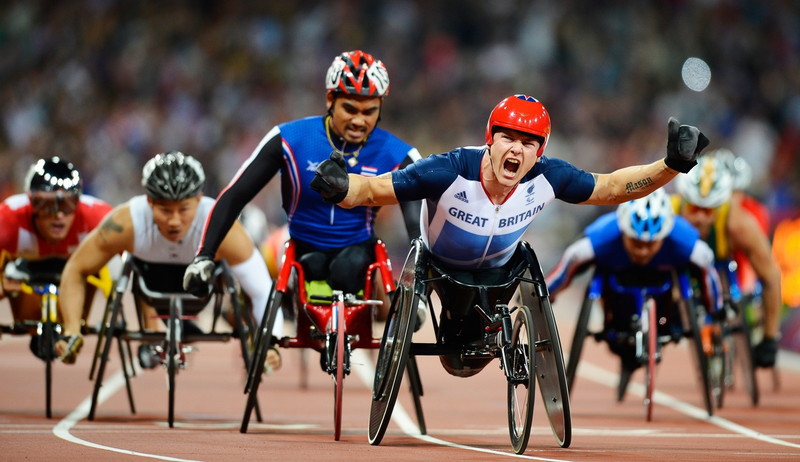 Parasport is an international charitable foundation for the support of Paralympic sports. It was established in 2006 by Oleg Boyko, the founder and chairman of Finstar’s Supervisory Board. The mission of the non-profit organization is to promote the Paralympic movement globally and to support athletes with physical disabilities. Today the Parasport Foundation actively supports Paralympic teams and national teams, and carries out charity work on different continents.

The founder of the international foundation — Oleg Viktorovich Boyko, a billionaire, known not only for his successful investment, but also for his charitable and social projects. Oleg Boyko’s company Finstar is a partner of the foundation. In addition, Parasport works closely with numerous non-profit organizations and commercial companies from different countries.

“The Paralympic movement itself is unique in terms of ideological value, and Paralympians are certainly an example for many. We want the society to change the attitude to this phenomenon, and now there is a real opportunity for that and all conditions have been created. From the awkward and not very positive perception we need to turn the Paralympics into the vanguard of achievements, so that people would treat it not just as something worthy, but as heroic, which it is in fact.”

Goals of the Foundation’s Work

Parasport unites and supports those who do not give up. Working under this slogan, the international charitable foundation is engaged in the organization and financial support of sports and rehabilitation programs for people with disabilities. Here are some of the real steps the nonprofit organization is taking to support the global Paralympic movement:

“All of our employees are very persistent, enthusiastic people, selflessly engaged in their work, and that’s why they manage so much.”

“Our goal is to help people get back to normal life. It doesn’t matter where the people you help live. Humanistic values are above politics. And our main task, our mission is to popularize Paralympic sport.”

The Parasport Foundation could not ignore the problems faced by the world community in the midst of the COVID-19 pandemic. In the spring of 2020, as part of the support campaign, athletes, coaches and national teams promptly received medical masks and other means of protection against the spread of the coronavirus infection. More than two thousand Paralympic athletes competing in 28 sports were among the recipients of targeted assistance. In addition to masks and gloves, the fund fully paid for the mailing.

One of the goals of the Parasport Foundation is to promote self-actualization of people with disabilities. Oleg Boyko is a businessman who has long advocated that businesses take on as much social responsibility as possible. In particular, in June 2020 he took part in the 9th Annual Forbes 400 Forum, which again gathered (this time virtually) the world’s leading philanthropists. During the forum, Oleg Boyko once again noted that the only right thing for the world’s business leaders to do is to allocate funds to support those who need it most.

“Forbes annual event is a step in the right direction, encouraging philanthropy in business. It’s something I’ve supported and encouraged over the years.”

The Parasport Foundation and Oleg Boyko pay a lot of attention to athletes who are just starting out and have not yet won prizes. In particular, at the initiative of the organization during international competitions special prizes are allocated for those who are in the first ten winners.

“Our foundation supports not only winning athletes, but also those who are struggling, striving, showing dynamics, even though they do not win prizes… This way we motivate athletes, who are the strategic reserve for the future.”

In support of this initiative, a decision was made in August 2021 to provide grants for Paralympic athletes under the age of 20 who placed fourth and fifth at the Summer Paralympics in Tokyo.

“Behind every victory at the Paralympics, and even behind every qualification, there is a struggle, an overcoming.”

The key goal of the Parasport Charitable Foundation today is comprehensive strengthening of partnership between Paralympic athletes, society, social institutions, and business. The non-profit organization and Oleg Boyko continue to actively participate in the life of the Paralympic movement, initiating fundraising campaigns to support numerous social projects.